We will be re-opening with limited hours beginning May 5. Only one person at a time. No waiting room. Masks are required.

Would you like to switch to the accessible version of this site?

Don't need the accessible version of this site?

Your journey to wellness starts here

What are some of the risks of taking medication in the United States?

Most people in the United States start their day with a shower, coffee and prescription medicine but did you know that 50% of the US take prescription medication-four according to a Consumer Reports survey? Not only that, but these same people take over the counter drugs or supplements as well. 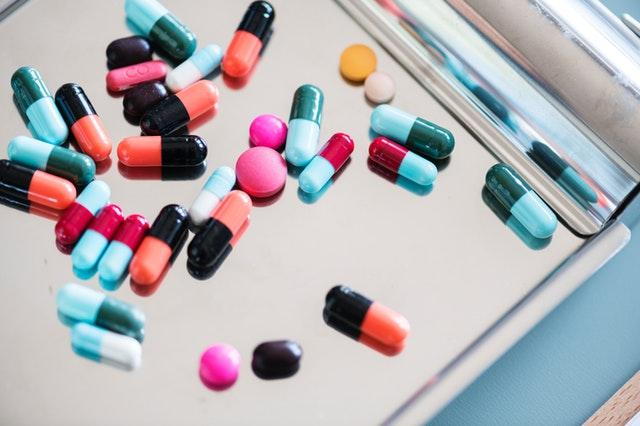 The U.S. takes more pills now than in the past and far more than any other country. This is in the belief that this medication is life saving or making an improvement in our lives but in most situations, this is not the case.

Improper prescription data is astounding. According to the CDC and FDA, close to 1.3 million people had to visit an emergency room in the U.S. due to adverse drug effects in 2014. Out of this 1.3 million it is estimated act about 124,000 died from these effects. Other studies state that close to 50% of these adverse effects could have been prevented.

Access to prescription medications is not only costly to your health but the pocket book. It is estimated that $200 billion per year is spent on medications that are the unneeded according to the market research firm IMS Institute for Healthcare Informatics. 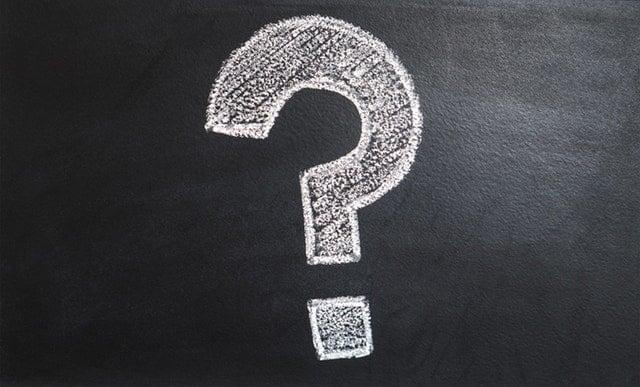 So why are people paying for drugs they don’t need?

Why do people continue to take these drugs?

Some drugs can save lives but in many cases, people in the U.S. and MDs can be under the assumption that every symptom or even sometimes as a precaution to a disease, a drug is necessary. This is not the case. So where did people get this idea from? Experts state that the allowance of commercials and marketing by pharmaceutical companies have changed mentality.

Consumer Reports reviewed drug lists submitted by 20 Consumer Reports readers to see if they could find problems and if so, they alerted them. They also dispatched 10 secret shoppers to 45 drugstores across the U.S. to see if pharmacists identify potentially problematic drug interactions. They also compiled a list of 12 conditions that are often first treated with drugs but normally don’t need medication. 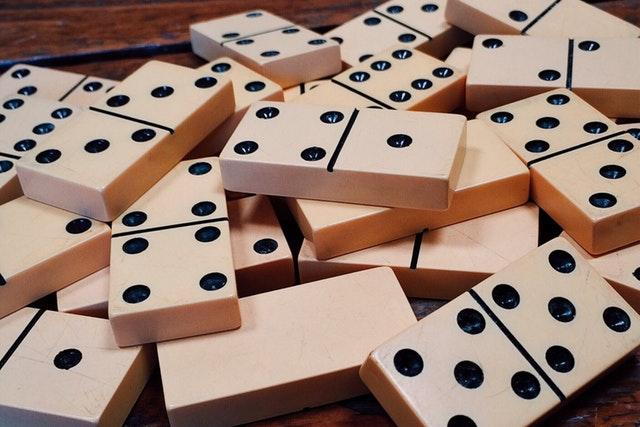 Here is an example of the domino effect with prescriptions:

Nicole Lamber was stressed with her first job as a physician’s assistant. A physician colleague prescribed alprazolam (Xanax) for her stress but she was not given any warning about side effects. She was told it was “safe”. Within a few months, she became depressed, even suicidal.

Over the next five years, Lamber says she saw a series of doctors who prescribed more and more drugs. Adderall to life her mood which is normally a ADHD medication. A second drug to counter the side effects Adderall. More to improve her appetite, help her sleep; and when her anxiety worsened, another sedative.

These drugs made her so ill she couldn’t leave the house. “I saw tons of specialists,” she recalls. “A gastrointestinal doctor for chronic diarrhea, an orthopedist and rheumatologist for joint pain, a dermatologist for rashes. None of them questioned my list of meds.”

Lamber’s story is hardly unique: The percentage of Americans taking more than five prescription medications has nearly tripled in the past 20 years according to the Centers for Disease Control and Prevention. Anyone taking more than 4 drugs no longer has the capability of their body working and regulating properly. The drugs are dictating how the body is functioning instead. In the Consumer Reports (CR) survey, over a third of people 55 and older were taking 5 or more drugs and 9 percent were taking more than 10. These drugs not only give side effects but put severe strain on your systems.

Dr. Michael Hochman, M.D., of the Keck School of Medicine at the University of Southern California states that “The risk of adverse events increases exponentially after someone is on four or more medications,” he says.

Risk of adverse events is also true when multiple doctors are involved. Poor communication between providers often contributes to drug errors, says Michael Steinman, M.D., at the University of California, San Francisco School of Medicine. Because of specialization in medicine, it is common to see more than one doctor. CR’s survey stated that 53 percent of those in taking prescription medications said they received them from two or more providers. 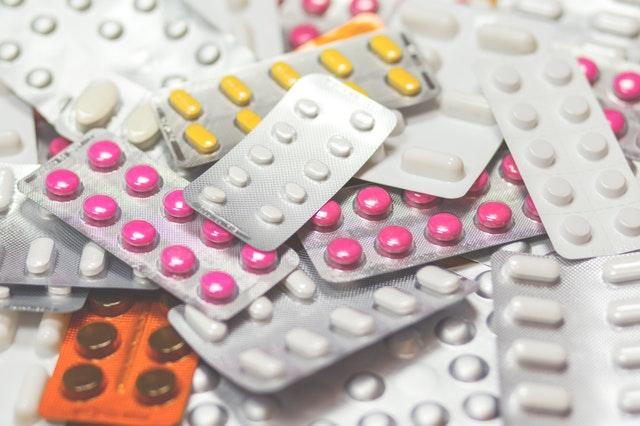 Potentially harmful prescribing is all too common, says Steven Chen, Pharm.D., an associate dean for clinical affairs at the University of Southern California School of Pharmacy, who worked with Consumer Reports to review the medication lists submitted by readers. Chen, like many pharmacists reviewing drugs, didn’t have access to medical records. Of the 20 lists he reviewed, only two received a clean bill of health. Among the other 18, Chen identified 38 potential problems, half of which he considered serious. They included one person taking a combination of blood-pressure drugs that could cause potassium levels to spike and trigger dangerous heartbeat abnormalities, and another’s mix of a blood thinner, a pain reliever, and baby aspirin that could cause stomach bleeding.

Identifying those kinds of risks and untangling potential harmful interactions can be difficult.

In Lamber’s case, it meant finding a doctor who was willing to help. Even though she wanted to stop using these drugs, it was a hard process because she was addicted to them and had painful withdrawal symptoms. Today, while she still has some side effects, she feels lucky to be alive. “The drugs and the withdrawal from them almost killed me,” she says.

Jeff Goehring’s story: Jeff ran a busy deli and snow-plowing business in 2009. He started to feel more fatigued then he was used to so he contacted a doctor who put him on AndroGel, which contains the male hormone testosterone.

Goehring says he didn’t know then that testosterone drugs are approved by the FDA only for men with hypogonadism (very low levels of testosterone). This is normally caused by infection, injury, or other health problems. He also wasn’t warned that testosterone increases the risk of a heart attack or stroke, according to the FDA data.

Four days taking the drug, Goehring suffered a stroke. He’s one of more than 6,000 people nationwide suing six drug companies that make testosterone products. All claimants have stated that they suffered a heart attack, stroke, or other cardiovascular event after using one of the drugs.

In a statement to Consumer Reports, AbbVie said the company believes “our disease education and marketing of AndroGel have adhered strictly to FDA-approved uses,” and emphasized that it’s up to each physician to make sure the drug is used for appropriate purposes.

So why would Goehring’s doctor put him on a medication that may not have been indicated for his condition?

Those “low T” figures are just the beginning. Total spending on drug ads targeting consumers reached $6.4 billion in 2016. This is 64% more than in 2012, according to Kantar Media, a market research company. That’s $1.3 billion more than the FDA’s entire 2017 budget.

Drug companies spent $24 billion in 2012 alone on marketing just to doctors through advertisements in medical journals, face to face sales, free medication samples, and educational and promotional meetings, according to a report from the Pew Charitable Trusts.

Building relationships with healthcare providers and marketing medicines is valuable, says Powaleny, the spokesman for PhRMA, helping to ensure “that healthcare professionals have the latest, most accurate science-based information available regarding prescription medicines.” Does science based mean research done by pharma for drugs they are trying to sell? This seems like a conflict of interest to me.

But many drug-safety experts worry that the practice also contributes to overmedication.

Steven Woloshin, M.D., a professor at the Dartmouth Institute of Health Policy and Clinical Practice says that for most men, testosterone “declines naturally with age.” Research shows that taking drugs to compensate has “little or no benefit” and “some serious risks.”

Goehring wishes he had understood this before taking such a drug. His stroke, he says, still impairs his short-term memory and has left one of his hands partially numb. He was unable to keep working at his deli and had to close. Now, eight years later, he’s still trying to pay off hospital bills not covered by insurance.

Diseases and drugs:
Catching disease early, of course, can be a good thing if it helps you address a problem before it leads to serious harm.

But “lowering the bar for what’s considered normal” can also get people on drugs before they need to be, says Allen Frances, M.D., a professor emeritus at Duke University who studies how the medical profession sometimes expands the definition of diseases. And treating people with drugs at the very early stage of a condition “often harms more people than it helps,” Frances says.

That’s what McKenzie, a nurse practitioner, says she worried about when she began experiencing side effects. After a few months, they were so intolerable she stopped taking metformin.

Research actually supports that approach. A 2015 study in Lancet Diabetes & Endocrinology found that for people with pre-diabetes, regular exercise plus a low-calorie, low-fat diet cut the incidence of developing type 2 dia­betes by 27 percent; metformin lowered it by 18 percent. And the side effects of exercise and a healthy diet are other health benefits, not diarrhea and vomiting.

McKenzie decided to make lifestyle changes to lower her blood sugar. Key to her success, she believes, is the stray puppy she adopted, who motivated her to take long daily walks, helping her lose 70 pounds. Today McKenzie’s blood sugar levels are under control.

Before taking a medication, please do your research. These drugs are not natural and have effects on your body. Is there an alternative to this drug? Is there something else I could be doing to help with my symptom? My advice…always ask questions about what you are putting into your body. It could greatly change your life.

We look forward to hearing from you

Find us on the map